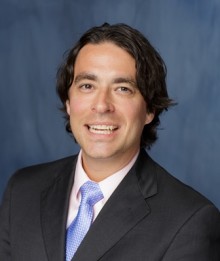 Nearly one in 11 Americans will pass a kidney stone in their lifetime, causing pain, hospital visits, and perhaps even a surgical procedure. Contemporary practice guidelines recommend the off-label use of alpha-blockers (medications such as tamsulosin/Flomax) to help aid in kidney stone passage. However, two large multicenter trails in 2015 questioned the effectiveness of alpha-blockers for this purpose.

Dr. Benjamin Canales, (UF Department of Urology), and Dr. John Hollingsworth (University of Michigan) are co-first authors further exploring this issue in a recent publication in The British Medical Journal (BMJ), the fourth ranked journal among general medical journals worldwide with an impact factor of 19.967 (June 2016).

Drs. Canales and Hollingsworth pooled a total of 55 randomized controlled trials and compared patients using alpha-blocker drugs to those who used placebo or control. They then considered stone size and location in almost 6,000 study subjects to see if either one was a factor in successfully passing the stone. They found alpha-blockers were generally well tolerated and that patients with larger kidney stones had a 57% higher chance of stone passage if they were taking an alpha-blocker. This effect was not seen for patients with smaller stones. Stone location within the ureter did not make a difference, nor did the type/brand of alpha-blocker used.

This information solidifies what has been recommended in a number of treatment practice guidelines, used by urologists, emergency department physicians, and primary care physicians. The research was published online December 1 in The BMJ