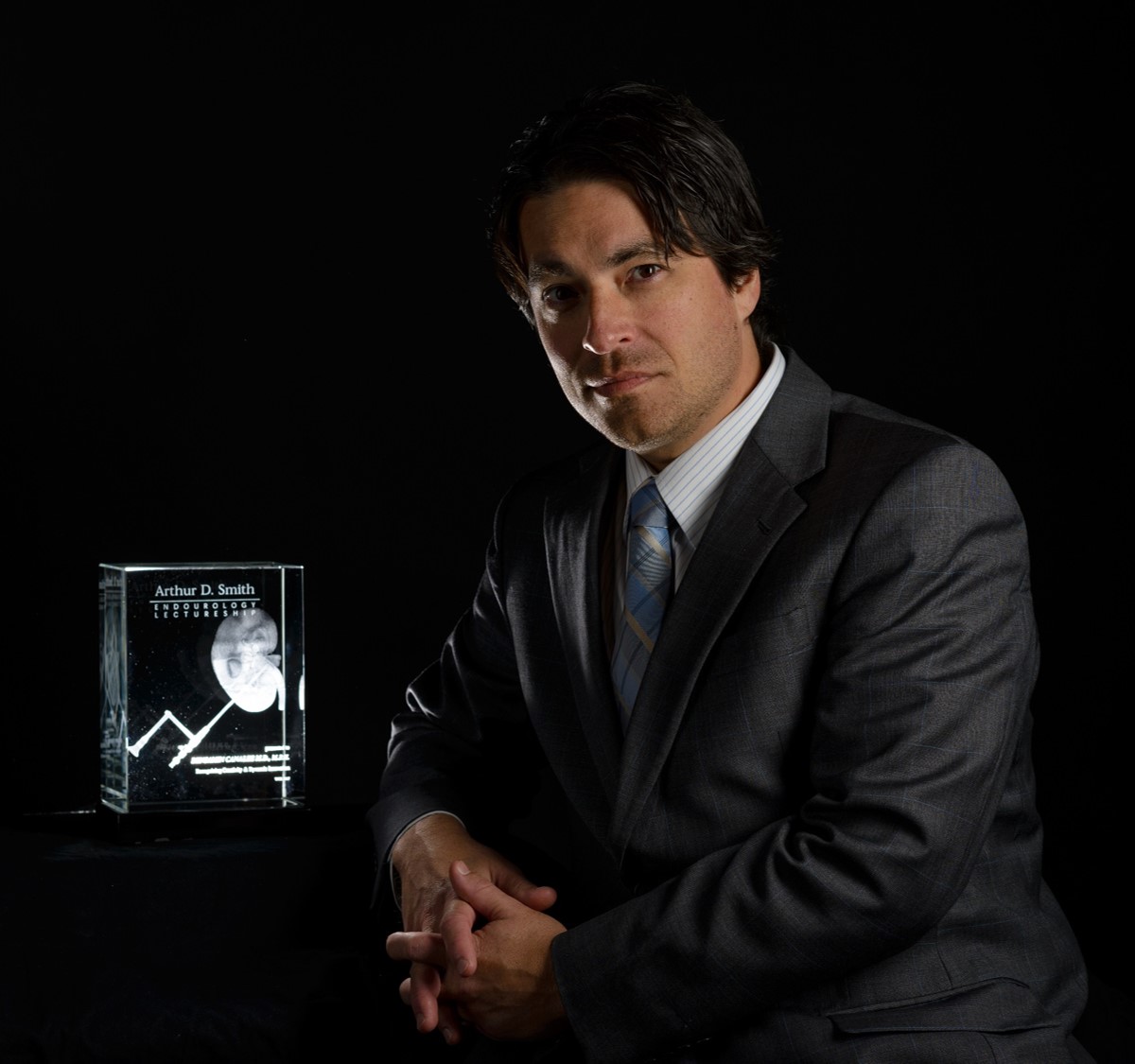 Dr. Canales graduated in 2001 from LSU Medical School in New Orleans. He completed a urology residency and a combined AUA Foundation Research Scholar/Minimally Invasive Urology Fellowship at the University of Minnesota, with a special focus on the basic science mechanisms involved in kidney stone formation. In 2007, he joined the urology faculty at the University of Florida and now leads the Urology Stone Service at the Gainesville VA, one of busiest kidney stone VA programs in the country.

With NIH funding, Dr. Canales created a hyperoxaluric animal model of bariatric surgery and is developing strategies for spot urinary testing and kidney stone prevention. For his efforts in this area, he received the 2011 Urology Care Foundation’s Rising Star in Urology Award and the 2016 AUA Gold Cystoscope Award. He has authored more than 70 peer-reviewed manuscripts and nine book chapters. In addition to his interests in stone disease, Dr. Canales performs minimally invasive surgery for renal tumors and obstruction, including laparoscopic nephrectomy, partial nephrectomy, and pyeloplasty.

The initial award was presented to Dr. Arthur Smith, the famed “father of endourology,” in 2004 and was subsequently named in his honor.

Dr. Benjamin Canales is a rising star in urology and truly an outstanding surgeon-scientist.  To be awarded the national American Urological Association Gold Cystoscope Award and the international Cook Medical Arthur Smith Award all in the span of one year is extremely noteworthy, as this has never been done by one individual before.  Both of these awards are highly competitive and presented to a single urologist within 10 years of completing residency or fellowship and who has demonstrated distinction through a myriad of contributions to the field of urology through research, teaching and clinical care is a significant achievement.