The 6th Annual “Under the Lights” Faculty/Resident Golf Tournament was held Friday, June 14th. Unbeknownst to many, Gainesville’s West End Golf course is the world’s largest lighted golf course facility. Therefore, the tournament is played well after the sun sets. Lighting is present but variable especially in the rough. One tradition, introduced by faculty member Dr. Larry Yeung, is the preservation of a specially marked (by me) golf ball called the mother ball which is played on every shot by alternate team members. Each team starts and must finish with the mother ball to avoid a team penalty. 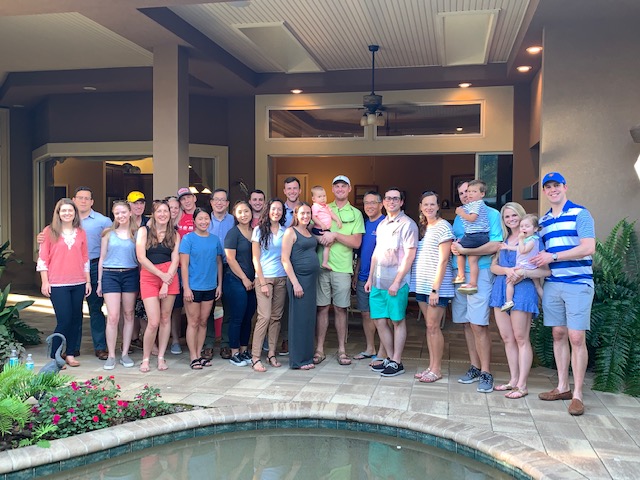 Following the prerequisite pizza and beer at the home of Dr. & Mrs. Tom & Leah Stringer, a group of 12 golfers gathered for an 8 pm tournament tee off. I recognized years ago that this event was not about the golf but more about the time together and the comradery outside of work.  I also recognized that in our group we had one true golfer, our resident Dr. Jeremy Archer. He led us to a team score of 61 in a charity tournament a few weeks ago.  In order to saddle him with the greatest handicap, I teamed him up with three non-players (ever) including Drs. Paula Domino, Julia Han and Hiro Miyagi. Not enough of a handicap! Jeremy’s team won with a score of 2 under and unseated two of our defending champions, Dr. Blake Noennig and Dr. Jon Pavlinec. New names on the plaque this year! 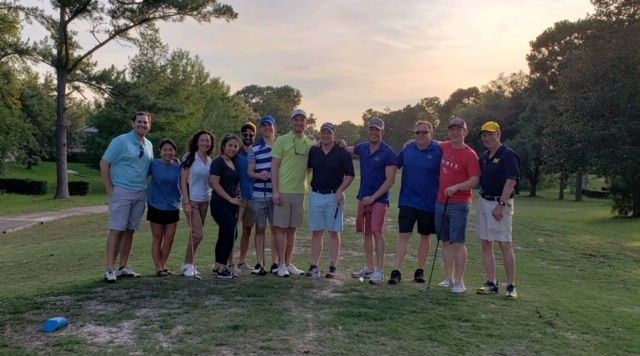 P.S. No one lost the mother ball